Before you delete this post as heresy, read the next sentence.

I’m not suggesting that we do away with this familiar passage in Ephesians 6; I just think it would be good to move beyond the symbolism and dig deeper into the practical application. 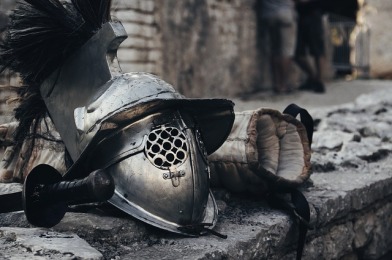 The Apostle Paul used an illustration that would have been readily understood by his First Century audience: the attire of the Roman soldier. This example has been eagerly adopted by modern day story tellers in settings that vary from the pulpit to backyard Bible study groups. The metaphor creates a vivid image as a visual aid on a flannel board or a re-enactment for a pint-sized soldier with an aluminum foil helmet and a cardboard sword.

But what message did Paul want his readers to come away with? Certainly not to become better acquainted with the battle gear of their sworn enemy. What then should we…

One thought on “Is it Time to Discard the Armor of God?”

This site uses Akismet to reduce spam. Learn how your comment data is processed.